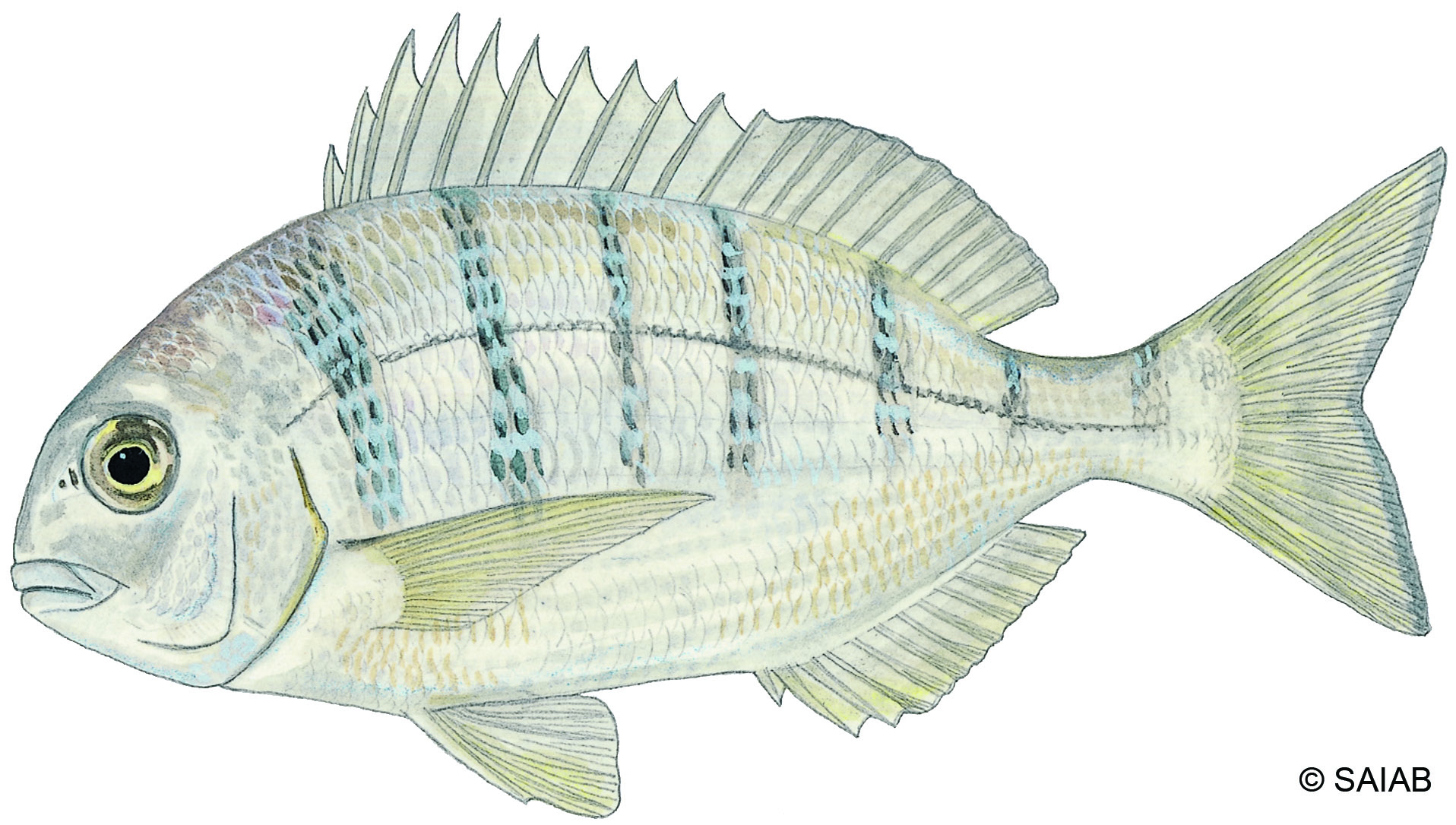 White stumpnose (Rhabdosargus globiceps) are relatively slow growing, long-living, endemic fish making them susceptible to overfishing. They are considered overfished across most of their range and are listed as Vulnerable on the IUCN Red List for Threatened Species.

White Stumpnose are caught as bycatch in the inshore trawl fishery, which targets sole and hake (hake catches are MSC certified). The fishery gear consists of trawl nets that are dragged along the seabed at different depths up to the 110 m isobath or to 20 nautical miles from the coast, whichever is the greater distance. Demersal trawling is known to damage the seabed; the extent and impact of this damage remain unknown. Trawling is not a selective fishing method and a number of other species are often caught in the nets (fish, sharks and rays). Substantial effort has been made to reduce seabird deaths through the use of tori lines and research is underway to better manage the principal bycatch stocks through a co-management pilot programme.

White stumpnose are caught using traditional rod and reel or handlines. In general, linefishing is a selective fishing method with few impacts on the marine environment. When fishing for resident reef fish species, the linefishery is likely to impact overfished, vulnerable or ETP species. However, when fishing for highly mobile pelagic species the impact is generally lower. Catches of un-managed bycatch species are moderate making up around 12% of the total catch.

White stumpnose are caught between Cape Agulhas and the Great Kei River at depth shallower that 110 m. Management is considered to be largely effective. Management is mainly directed at the target species hake (MSC certified) and sole in the form of Total Allowable Catch (TAC) and permit limitations. Other concerns include the lack of information on impacts to sensitive shark, skates and ray populations as well as impacts to the seabed. Efforts are underway to improve the scientific observer coverage at sea for this sector to better understand ecosystem impacts.

White stumpnose are endemic to the coastal region of the Kei River to southern Angola. Management for the sector is considered partly effective. In South Africa, this sector is principally managed through a total allowable effort (TAE) limitation and species-specific minimum size limit (25 cm TL). Recreational fishers are also subject to a bag limit (10 pp/pd). There is concern over the impact of the continuously growing recreational sector as well as uncertainties surrounding the allocation of small-scale fishing rights. Some steps have been taken to implement an ecosystem approach to fisheries (EAF) management including the recent addition of 21 new Marine Protected Areas which are likely to provide additional protection to several linefish species.