This species is under revision for hake demersal longline

Deep-water Cape hake (Merluccius paradoxus) are a deep-water, slow growing, predatory fish. They are generally found at depths ranging from 200 m to 800 m and tend to reach lengths of 1m after 14 years. They are serial spawners with a high fecundity making them more resilient to fishing pressures. The most recent stock assessments suggest that stock levels are recovering and are harvested at sustainable levels.South African trawl caught hake is certified by the Marine Stewardship Council (MSC) as sustainable and will therefore appear on the SASSI green list.

Deep-water Cape hake are caught using a bottom-set, double-line system with baited hooks placed 1.5 m apart (known as “demersal longlines”). Lines may contain nearly 20,000 hooks and extend over 10 km along the sea floor. In some cases, deep-water Cape hake is caught alongside shallow-water Cape hake species using longlines at varying depths. A recent study as part of a WWF-SA fishery conservation project (FCP) revealed that the fishery has very few interactions with endangered, threatened and protected species (ETP), with few discards and low levels of bycatch. Impact on benthic habitats is considered to be minimal although more information is required.

Deep-water Cape Hake are fished using trawl nets that are dragged along the sea bed at depths typically ranging from 110 m to 800 m (known as “demersal trawl nets”). This type of trawling is known to damage the seabed; the extent and impact of damage remains unknown. Trawling is not a very selective fishing method and a number of other species are often caught in the nets (fish, sharks and rays). Seabird interactions with trawl cables near the surface are also a major concern. A success story in the fishery has been the implementation of effective seabird mitigation strategies developed in connection with the MSC-certification process. These strategies have resulted in a dramatic reduction in sea bird-fishery interactions through the introduction of tori lines (lines covered in coloured streamers making attachment lines more visible to birds) and improved disposal of offal (discard that attracts seabirds).

Deep-water Cape hake are normally fished on the shelf edge from the Namibian border southwards. As most hake fisheries in South Africa catch shallow-water and deep-water hake together, a single Total Allowable Catch (TAC) was assigned for both species. A portion of the TAC is awarded to each fishing sector (inshore trawl, offshore trawl, hake demersal longline and hake handline). Management of the sector is considered largely effective as a result of the work conducted during the FCP. Continuing challenges include the lack of a government-funded observer programme and the slow progress regarding the implementation of an Ecosystem Approach to Fisheries management.

Deep-water Cape hake are typically fished on the continental shelf edge and upper slope along the west coast from the Namibian border southwards and on the South Coast primarily around the Southern Bank. Management of hake (both species) in South Africa is through an Operational Management Plan (OMP) that uses a quota-based system which provides an annual Total Allowable Catch (TAC) to permit holders. There are a handful of ecosystem-based management measures in place such as precautionary catch limits on certain bycatch species, tori lines to reduce sea bird interactions, and limited fishing areas (i.e. fishing within a “footprint” to limit seabed disturbance). There is little information on impacts to sensitive shark, skate and ray populations as well as impacts on the seabed. 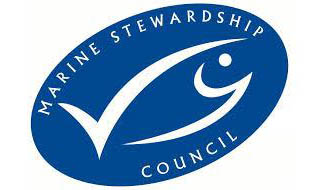 A system of fishing line that is set on the seabed with baited hooks around 1.5 metres apart. The lines can stretch over 10 kilometres. Some bottom-dwelling and open-ocean species may get caught incidentally on demersal longlines, and certain seabirds are susceptible to getting entangled. The fishery is working to minimise seabird bycatch using tools such as tori lines, coloured streamers that deter birds.