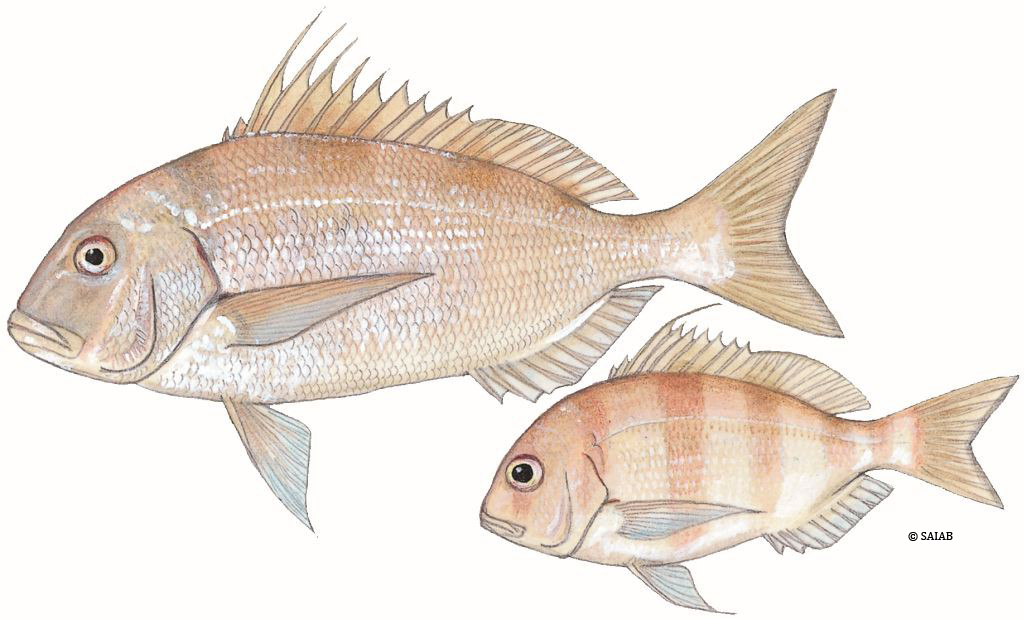 Santer (Cheimerius nufar) are long-lived fish associated with rocky reefs (as adults) and sheltered estuaries (juveniles). A stock assessment for South Africa found the stock is recovering and that current fishing pressure is not harming the stock. However, stocks in Mozambique are still considered overexploited.

Santer are caught using traditional rod and reel or handlines. In general, linefishing is a selective fishing method with few impacts on the marine environment. When fishing for resident reef fish species, the linefishery is likely to impact overfished, vulnerable or ETP species. However, when fishing for highly mobile pelagic species the impact is generally lower. Catches of un-managed bycatch species are moderate making up around 12% of the total catch.

Santer are also caught in Mozambique using uses traditional rod-and-reel methods and handlines to catch a variety of reef and bottom associated species. The fishery is likely to cause significant damage to some listed, overfished or highly vulnerable species, specifically, demersal reef species that are overexploited or overfished. The fishery has few discards and there are very few “non-target” species landed in the sector.

Santer are found in coastal reefs from the Western Cape to Mozambique. Management for the sector is considered partly effective. In South Africa, this sector is principally managed through a total allowable effort (TAE) limitation and species-specific minimum size limits (30 cm TL). Recreational fishers are also subject to a bag limit (5 pp/pd). There is concern over the impact of the continuously growing recreational sector as well as uncertainties surrounding the allocation of small-scale fishing rights. Some steps have been taken to implement an ecosystem approach to fisheries (EAF) management including the recent addition of 21 new Marine Protected Areas which are likely to provide additional protection to several linefish species.

A management plan was developed in 2013 that includes all linefishing sectors. Management for the industrial and semi-industrial sectors (commercial fishery) is considered to be marginally effective. The sector is principally managed by Total Allowable Effort (TAE), although these targets have been exceeded significantly. Additional measures to reduce growth-overfishing and to minimise the impact of harvesting immature fish are size limitations and gear restriction. Management of the artisanal sector is virtually non-existent and of substantial conservation concern. The recreational fishery is regulated by a bag limit.