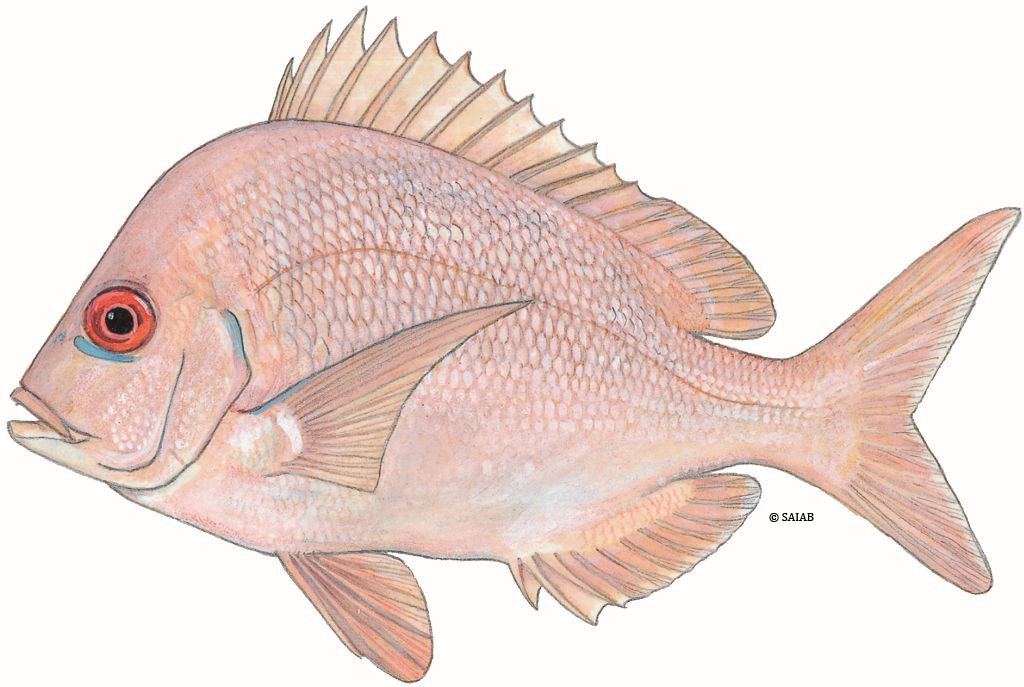 Slingers (Chrysoblephus puniceus) are schooling, fast growing demersal species, associated with reefs and rocky bottom habitats, occurring in coastal waters between 10 and 80 m depth. They are able to change sex from female to male making them susceptible to overfishing. Stock levels are uncertain.

Slingers are also caught in Mozambique using uses traditional rod-and-reel methods and handlines to catch a variety of reef and bottom associated species. The fishery is likely to cause significant damage to some listed, overfished or highly vulnerable species, specifically, demersal reef species that are overexploited or overfished. The fishery has few discards and there are very few “non-target” species landed in the sector.

Slingers are caught mainly within the inshore zone around KwaZulu-Natal. Management for the sector is considered partly effective. In South Africa this sector is principally managed through a total allowable effort (TAE) limitation and there are additional restrictions to protect overfished species such as bag limits (5pp/pd) and minimum size limits (25cm) for recreational fishers. There is some concern over the impact of the small-scale fishery rights allocation beyond the recommended TAE and the continuously growing recreational sector.

Slingers are caught in southern Mozambique. A management plan was developed in 2013 that includes all linefishing sectors. Management for the industrial and semi-industrial sectors (commercial fishery) is considered to be marginally effective. The sector is principally managed by total allowable effort (TAE), although these targets have been exceeded significantly. Additional measures to reduce growth-overfishing and to minimise the impact of harvesting immature fish are size limitations and gear restriction. Management of the artisanal sector is virtually non-existent and of substantial conservation concern. The recreational fishery is regulated by a bag limit.